Elliot Mintz: „Most celebrities I’ve met are not the happiest people” 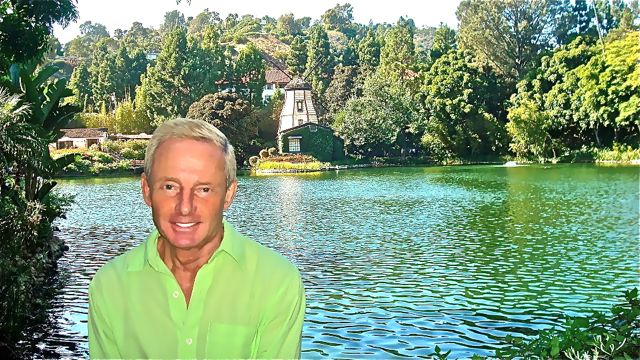 He is a real legend among American broadcasters. His interviews – more than 2.000 over the years – with great international personalities have conquered impressive audiences and brought him fame and admiration. Thirty years ago, he gave up journalism and became a media consultant, representing stars like Bob Dylan, Diana Ross, Don Johnson, Melanie Griffith, Paris Hilton or Yoko Ono. For the first time in Romania and exclusively for our magazine, ELLIOT MINTZ talks about his experience as a broadcaster, his activity as a publicist and a media consultant, the myths of celebrity and his own wishes and daily joys. He also speaks about his unique friendship with John Lennon, offering us the chance of a journey into the past, in the life of one of the greatest artists ever.

Elliot Mintz, in a fascinating dialogue with LaRevista.ro.

What’s the most important thing interviews taught you about people?

Most people respond to a question with an immediate, instinctive answer. When you meet an actor or another kind of artist promoting a movie, or a book, or a record, their answers are already memorized. Certain people have what I call biographical memories. It’s like a first date; you kind of have a hit list of things you want to communicate about yourself. And the worst interviews are those where the person who is responding to you has given the same answer to the same question for hundreds of times. We’ve all seen that.

The most intriguing interviews are when people really pause, listen to the interviewer’s question and respond from their heart, from their soul. In my broadcasting years, I’ve listened far more that I talked. I learnt how to become a good listener, and that’s essential. You never learn anything while you’re speaking.

Which was your most awkward interview?

Salvador Dalí. I was in New York to do a series of interviews. And at the risk of name-dropping, the night before, I was visiting John and Yoko at the Dakota building. We were talking about some of the people I was going to interview while I was in New York. And I told them Dalí was staying at a hotel in Manhattan and had agreed to have me come over and do an interview with him. They both said that they wanted to tag along. I felt I was going to be under a bit of pressure interviewing Dalí, because I had so much respect for his work, and also because I knew there was going to be a language issue. I heard his English wasn’t that clear. Having John and Yoko in the room could have added to the distraction level.

We went over to his hotel at 2 o’clock in the afternoon. Of course, he was delighted to see John and Yoko. I set up my tape recorder – the interview was for radio, not for television – and began. Dalí became distracted by John and Yoko. I want to say this delicately, because I have so much respect for Dalí as an artist. He put surrealism on the map. He’s the master. But sometimes, when you go to see a magic show and the magician pulls the rabbit out of the hat, you should appreciate the magic, but not try to figure out how it’s done. Once you learn there might be a hole in the table, or the hat is hollow… Once you learn the secret of it, the magic is gone.

That’s what you felt when you spoke to Dali?

I did, I felt that the magic was gone. It was a flat interview; nothing was really going on between the two of us. He was very kind, we took pictures together, he autographed a book of his works I had brought and drew a little doodle for me. His wife Gala was there. It was great. But, as I said, sometimes it’s best to enjoy the magic without finding out how it’s done. With a man like Dalí, it would’ve been better off just to appreciate the paintings, and not try to penetrate the mind behind the paintings. I came away from that interview feeling that it was uninteresting for the listener. No offense to Dalí; maybe I was just a little overwhelmed that day.

What’s the biggest secret a celebrity has ever revealed to you? Which you can share, of course…

There have been some public figures over the years whom I’ve known personally, and when I was doing my radio and television shows, I invited them to come to the studio to talk with me. When they walked into the room, they felt like they were hanging out with a friend. After a while it’s like reality television, you forget there’s a microphone clipped to you and there are people watching and listening. So they become very natural. They forget our conversation is being listened by lots of people. I had a few who, in the midst of the interview, would talk to me about their loneliness, their alienation, about how sad they were. A very, very well-known female entertainer talked about not having a man in her life and how that impacted her, almost to the point of tears. I think she forgot we were being listened to by so many people. Another person went into a little too much detail about his drug experiences. It was a conversation with an internationally known actor. We just got to the subject of LSD, and he started discussing his LSD experiences in great detail, and I kind of reminded him we were on the radio.

One other thing comes to my mind. We are having our interview in the final days of August 2013; I started school in September 1963, and in November, president Kennedy was assasinated. I was in the broadcasting division of Los Angeles City College. We were watching the news coverage on television, and the first time a suspect was identified as the possible shooter, the person in the room said: That’s Lee! At that point, nobody knew who Lee Harvey Oswald was, his picture just flashed by. I turned to the man and asked: Do you know him? He said: I served in the Marines with him!  And I asked if he would step into another room and do an interview with me. It was the first interview with somebody who actually knew Oswald. And it was the first interview that I did which became newsworthy. That was 50 years ago this November.

When you got from New York to Los Angeles, did you imagine your life as it eventually turned out?

No. In fact, it’s quite unusual that we’re speaking now, because it was 50 years ago this week that I arrived in Los Angeles. It was August 1963 and I was 18 years old. I remember coming to L.A., getting off the plane – I didn’t know a soul in Los Angeles, I had no friends; I landed and I took a bus within a few blocks, where I was going to go to school. I checked into a little motel and had a few days to find a very inexpensive apartment, which I did. Then I went to this place where they rented furniture. You could rent a table for five dollars a month, a lamp for a dollar a month; I rented a black and white television for six dollars a month, and the first thing that I remember watching was the live coverage of Martin Luther King Jr.’s speech. And today (e.n. the interview was done on the 28th of August) is the anniversary of Martin Luther King Jr.’s I Have A Dream speech.

Did you know you wanted to become a broadcaster?

I knew that I wanted to be on radio and television, as a broadcaster, only because there was nothing else I felt I could do. I had no talents in any field. I was not a very good student. But I realised that when I spoke, people would sometimes listen, they found me engaging to talk with. I’m a naturally curious person, so the concept of doing interviews was a logical extension of my curiosity. But I didn’t have a dream. I didn’t imagine what would happen. I understood I was going to be on my own, I was going to go to school and learn broadcasting, and then I said to myself: We will see what will happen. I didn’t have any kind of long range vision.

But are you happy with the way your life turned out?

I’m happy for every day that God grants me. I’m very, very happy to be here. I’m not one of those people who take life for granted. I’ve seen enough people in pain and sorrow, in ill health and tragedy, so I know how furtunate I am just to have my health and my friends around me. At this point in my journey, I’m very grateful.

You’ve met so many great people of our time. Which of them did you find to be surprisingly different than you had imagined?

One who comes to my mind immediately is Jack Nicholson. I interviewed him a number of times over the years. He came down to the studio or I went to his house – I don’t remember exactly where we were the first time. I have great appreciation for his work. He is one of my favourite actors! I had just seen a movie that he did, called Five Easy Pieces, which became one of my all time favourite movies, so that night I expected to meet a great American actor. I had met hundreds of actors and they tend to talk a lot about themselves, to promote their movies. He sat down, and when he started speaking I realized I was talking to one of the smartest people I had ever met. He is a man who is absolutely brilliant. Jack has a multi-tiered brain. I had expected a really intriguing interview with a great actor, and I came away from it in awe. He remains to this day somebody I have the highest respect for, personally and professionally.

READ FURTHER, ON THE NEXT PAGE